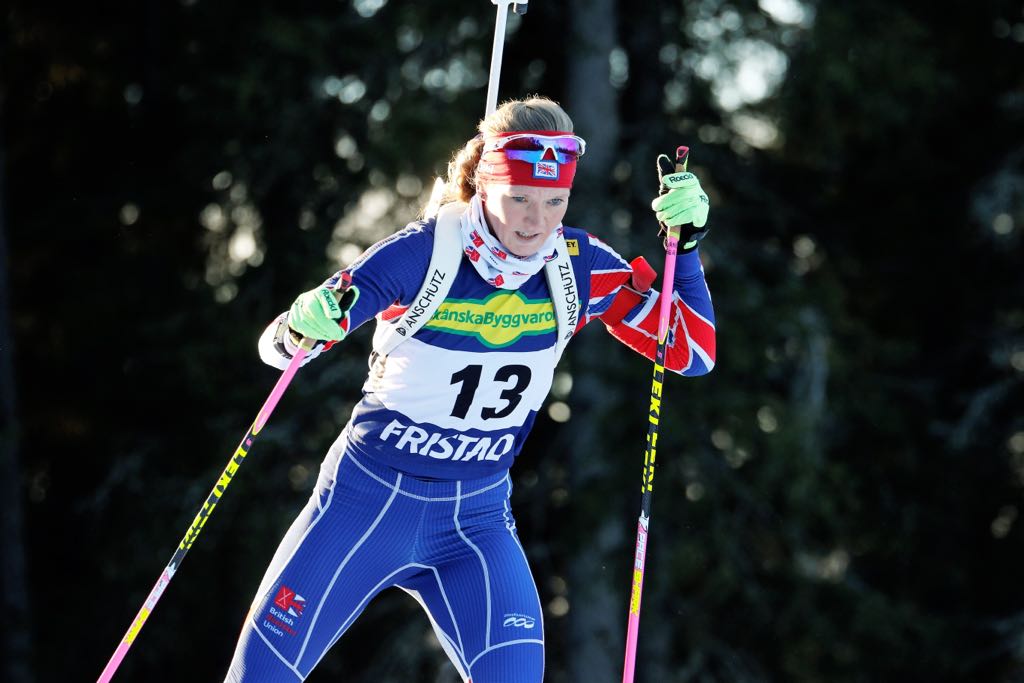 The 30-year-old from South Shields returns to Olympic competition after featuring four years ago at Sochi 2014. Lightfoot finished 71st in the 15km individual event in Russia, following her 75th place in the 7.5km sprint – her Olympic debut.

Competing four years ago, she became the second ever female British biathlete to compete at an Olympic Winter Games having started the sport through the military aged 19.

Before Lightfoot, Emma Fowler, who also came from a military background, had previously represented Team GB at Turin 2006. Fowler finished 78th in the 15km individual, and 67th in the 7.5km sprint event.

Following Sochi 2014, Lightfoot has continued to represent Great Britain on the international stage with her best result coming when she placed 32nd in the 15km individual event at the 2017 World Championships in Hochfilzen, Austria, helping her qualify for PyeongChang 2018.

Amanda Lightfoot said: “I’m over the moon to be selected for Team GB for the 2018 Winter Olympics. The roller coaster of a journey these last four years have been quite an experience and the thousands of hours training makes these Olympics extra special. I’m looking to get the best result ever for a British female biathlete out in PyeongChang.”

Mike Hay, Team GB Chef de Mission for PyeongChang 2018, said: “It’s great to welcome Amanda back to Team GB for PyeongChang 2018. Her experience in Sochi will no doubt help her hugely in South Korea and her recent performances show how far she’s progressed in the four years since her last Olympic outing.”

Sarah Greig, Biathlon Team Leader for PyeongChang 2018 said: “It’s a great achievement for Amanda to be selected for her second Winter Olympics. To do so as only the second British female biathlete to race at a Games is testament to the hard work she has put into the sport over the last decade – whilst also maintaining her military career. Both the British Biathlon Union and the Army are extremely proud of her inspirational endeavours and wish her the very best of luck for the Games.”

Rob Weighill, Chairman of the BBU said: “We are all delighted for Amanda and we wish her the best of luck for the Games.  She has had a great season so far and it is fantastic to see all of her hard work pay off.  We will all be watching our screens closely in the coming weeks. It would be remiss not to mention Scott Dixon, who narrowly missed out on qualification for the Men’s event.  Scott is a promising athlete who has worked tirelessly to qualify for the Games but sadly just missed out.”

The BBU will once again have its Annual General Meeting in Ruhpolding in 2020. We would encourage all members who...

We are delighted to announce that Shawna Pendry has been selected to represent Great Britain at the Youth Olympic Games...

The summer is over, the nights are closing in and the training is done. Now its time for action. The...

The BBU Board met at Palestra House, London on 13th October 2019. The minutes below along with the financial summary...