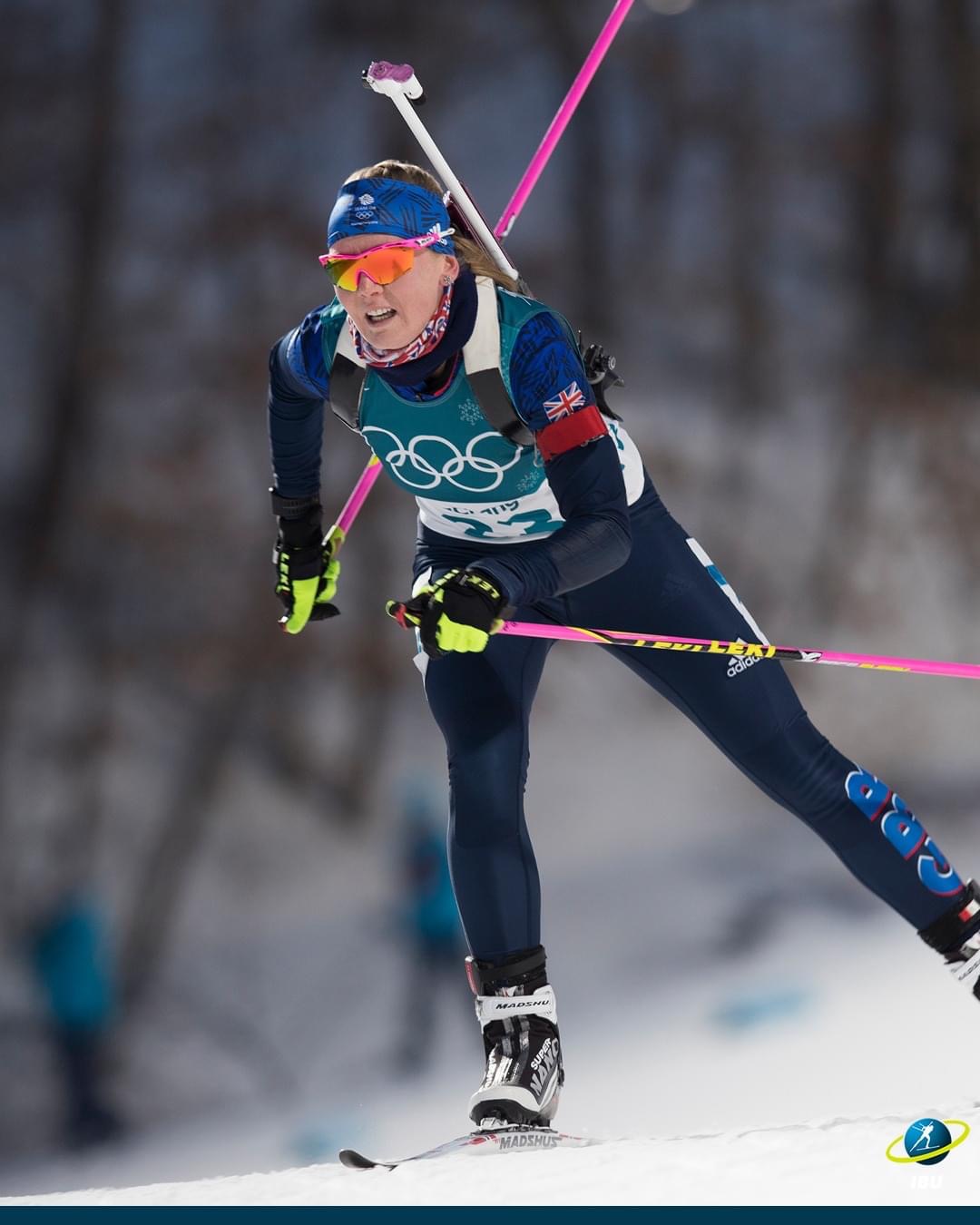 What a Career! What a Woman! What an Inspiration!

Biathlon is not only a sport, anyone that has been involved knows it gets you in your heart, it builds a family, it ignites a passion, and grows friendships based on respect for anyone that takes on one of the most difficult physically and mentally demanding sports out there! Once you are hooked there is no going back, even on the toughest of days it makes us want to strive for more, push ourselves harder and faster everyday.

I was there the first season Amanda Lightfoot competed, and was almost there for the last International race of her career at the Oslo World Cup! The sport captured both our hearts from the start, and throughout her performance journey it has been a real privilege and honor to watch her grow into an incredible Athlete. Her relentless drive, determination and true grit to succeed despite the challenges is inspiring to me and all those in the biathlon community.

South Shields was not exactly known as a centre of Biathlon in Great Britain until Amanda Lightfoot joined the Army, learnt to Nordic ski, and then became a biathlete in 2007. Within 2 years she had become a member of the GBR Senior Squad, was a member of the first ever GBR women’s relay team and competed in her first World Championships. She was to compete in a further eight World Championships and four Summer Worlds. Add to this two Olympic Winter Games (2014 & 2018) and it is no wonder that she is now a well-known athlete in the Northeast, as well as on the international biathlon circuit. With nearly 250 appearances for GBR over her 14-year career she now bows out with her two best results recorded this season. With a clear shoot she came 5th in the IBU Cup Sprint at Brezno, and in many ways bettered this with a career best 20th place (just one miss) at the Antholz World Cup Individual. Amanda became the GBR #1 female athlete in 2012 (36th in the World Champs Sprint) and her position was never threatened over the next decade.

As Amanda Lightfoot retires from International competition it is an emotional day for her and us, but it is also the chance to reflect on an outstanding career with British Biathlon.

As the journey comes to an end there has been a key person by her side throughout, BBU Head Coach, Illario Maddalin. He has shared the rollercoaster of a journey; the highs, the lows, the emotions and the commitment it takes to compete at the top of your game. He captures what an impact you have made; ‘She has been an extraordinary example that hard work, determination and dedication can lead to amazing results, even with no skiing background and small support. All the biathlon community will miss a strong figure who is always happy to help anyone and with a good world of motivation for all.

She has been central to the British Biathlon union in the last 8 years, not only as an athlete but also helping with managing and directing the athletes and coaches. Always sharing sponsors and helping the development of biathlon in the UK. A great athlete to work with, always determined and professional. Thank you for everything!’

Amanda you have had endless achievements across all levels of the sport and you have joined a rare few Athletes that can call themselves Olympians, and even fewer that can say they are two time Olympians!! What an achievement!! Jason Sklenar MBE is one of the few too, and he had these words; ‘Amanda it was a privilege to have seen you start your career as a biathlete with such determination and drive to then see you progress as a world class athlete and Olympian. Remember and rejoice each step that defined you for the amazing person you are. All the best for what lies ahead. Much respect’

At your first Games in 2014 in Sochi, Simon ‘Ginge’ Allanson was there to share this experience and said ‘the journey to a games is never easy and I have always admired Amanda’s grit and resilience to push herself to the absolute limit! With an unwavering self belief of a top 6 finish, it was amazing to see her at the flower ceremony this year achieving the dream. It has been a pleasure to watch her keep the BBU alive and demonstrate just how much she loves the sport. I know she will be missed on the International circuit by all’

Sarah Grieg shares her thoughts after having the honour to join you in PyeongChang 2018; ‘Amanda was a stand out all round athlete in PyeongChang. Completely focussed and utterly professional – she was an exemplar for the other athletes, not only through her prior Games experience but for her energy, drive and unfalteringly positive approach. She performed exceptionally, capitalising on an outstanding season in the run up. For anyone that knows her pedigree it was inexplicable that Amanda didn’t get to Beijing this year, but instead of lamenting on what could have been, she handled it in the way only Amanda does – onwards and upwards, achieving some of her best results ever and she undoubtedly has a very bright future ahead!’

Your journey and performances have been watched by a great following of loyal supporters and no one has followed it closer than Mike Dixon 6 x Olympian and Eurosport Commentator ‘It has been nerve wracking at times and very exciting commentating on Amanda for many years now. There have been so many highs especially at Major Championships. Amanda has been a thoroughly professional athlete and incredibly tough. Although sadly the recent Olympics were not to be for her, she showed what she was capable of with her 20th place at the World Cup just prior to the Olympics from 100 of the worlds best. I wish her all the very best in the future.’

Whilst competing you have been progressing in a military career and Brig Lee Daley, Chair Army Nordic also shared his thoughts and said: ‘Sergeant Amanda Lightfoot has been the vanguard of Biathlon in the Army for well over a decade. A near persistent fixture on the World Cup, Sgt Lightfoot has been a trailblazing female athlete indeed, the best female British biathlete of all time. She is living proof you can combine a challenging Army career with full time sport. She is a credit to the AGC(SPS) and a leading light of Army sport. A decade of excellence has seen her compete at two Olympics, a feat which will take at least two decades to match. The Army is exceptionally proud of Sgt Lightfoot and congratulate her on a fantastic biathlon career.’

The tracks and competitions have seen your competitive spirit, but also your ability to connect with many other Athletes and build incredible friendships. A team mate a friend Nerys Jones said; ﻿ I have clear memories and endless stories of training and racing along side Amanda. We started on skis as a military team.  Neither of us had any idea what we’re going to be doing, little did we know how quickly we would fall in love with biathlon. I had some of my best times training and racing with Amanda. We endured the highs of racing to the lows, tears and emotions. The pain of suffering during training and the rollercoaster of qualifying for World Cups, World Championships and Olympic qualifications  was never easy for a small nation like us. You have achieved so much through passion, commitment and determination. It was so inspiring and motivating to me. No hurdle was to high. You should be very proud of your journey and it has been amazing to watch.’

Amanda we know the sacrifices you have made to reach the top were huge, as it has to become your entire life in order to succeed in the most challenging sport out there! You have done this admirably for over a decade! If it has not been making you ski faster or shoot straighter then it has not been your focus. This unbelievable determination to succeed is inspiring, but we know the cost of missed family celebrations, time with friends, even New Years Eve hasn’t been the same! Anna Brighton Watt shared a crazy New Years in Obetilliach in 2006 ‘Never did I think I’d be going to bed at 10pm on NYE with a cup of tea and a packet of haribo’!

It has been an absolute honour and privilege to see your performance journey progress, the example you have set for others coming through is amazing and you alone have kept the British flag flying across the International Biathlon Union World Cup! You should be extremely proud as a two time Olympian and the most successful female British Biathlete ever! Those coming through have a very hard act for anyone to follow, but I know you will continue to support anyone that takes on this epic adventure as you have done in the past with a fantastic energy, and we all wish you luck in the next chapter!

So please now enjoy retirement, time with family and friends, your wedding day next month, promise to go wild this coming new years, and know this is not goodbye from the sport!

We are delighted to announce that our Secretary General Elizabeth Winfield will be running for the IBU Executive Board to... 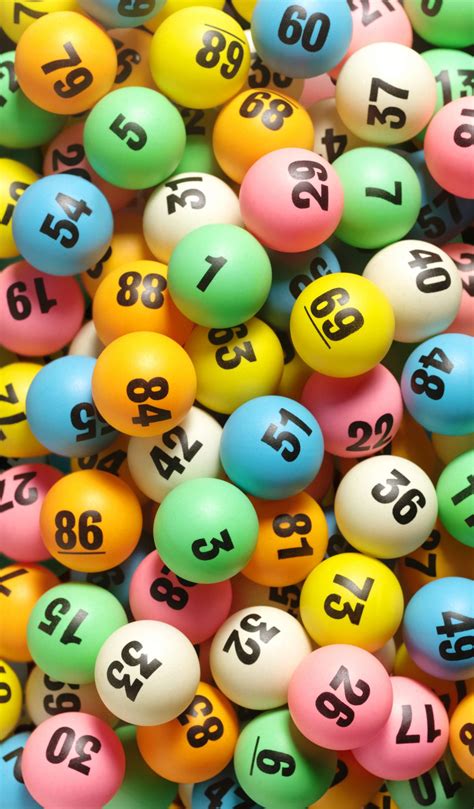 It is hard to find anything online about Martin Glagow, mostly due to his almost identically named daughter Martina, a...

What a Career! What a Woman! What an Inspiration! Biathlon is not only a sport, anyone that has been involved...